Business Success is an Inside Job! By Richard Howard

Home/Breakthrough Experiences, Business/Business Success is an Inside Job! By Richard Howard

Business Success is an Inside Job! By Richard Howard

Today we have a different story for you – one about overcoming the challenges many face in the pursuit to build a successful business. Many dream about jumping ship – leaving employment to start their own business but the path can be fraught with unforeseen challenges. Learning to overcome those in the best way is the challenge most business owners face and sadly one many are defeated by.

Richard Howard’s story below reveals how business success is an inside job – landing the big deals, motivating staff and resourcefully solving problems all starts with your own mindset, character and ability to handle challenges. Here’s a few words from his mentor Kris…

“When I first met Rich over 2 years ago, he seemed to constantly be working on putting out the metaphorical fires in his business life, as well as a few personal ones too. It was in his role as a business leader though that he was facing most of his challenges. He’s had several that many business owners will no doubt relate to, such as; finding AND KEEPING the right staff, partnerships turning sour and legal issues with financiers and suppliers etc. As he says himself, there was always drama.

So, to have seen him make the transition from the ‘seat-of-your-pants’ and slightly edgy guy he was before; to being the far calmer, more grounded, more mature and considered young businessman he is today, is testament to doing the work on yourself. As a result of that effort, his business today is stronger and more stable, he has a much better team and is starting up some new projects as he strives more confidently towards his vision and aspiration of being a successful global entrepreneur.” – Kris Deichler

Business Success is an Inside Job! by Richard Howard 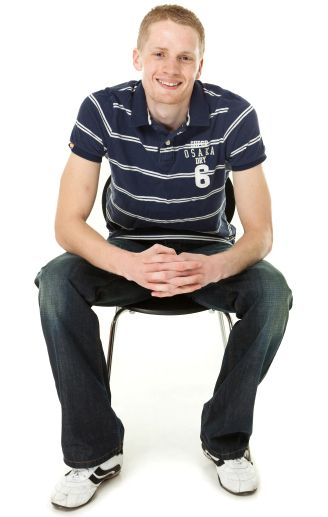 drama in my life. It was only later, through my work with Kris that I came to realise that it was not just that sh*t happens to me because I’m unlucky, or that’s the way life is, it was because I was thriving off it in a weird way.

I liked the excitement! It gave my mind a lot of things to focus on and made me think that I had an interesting life and that these ‘war stories’ would be of great interest to those around me and that I’d have to change myself internally before anything would change externally.

I also learnt that the only thing holding me back was myself and my internal issues, such as my limiting beliefs about my own potential, what I felt I deserved and many bad habits that I can see even more clearly today which are holding me back from living the life of my dreams.

Whilst I’ve always earned good money in my entrepreneurial endeavours, I always felt like there was something missing. This was because I had a lot external success, but only a modest amount of internal success. I always considered myself happy but I knew there was more to life than buying “stuff” and going on holidays.

I’ve had a range of breakthroughs over the last 2 years. There are two main ones that come to mind. One of them was last year when I was shown how slowing down my body like walking slower and being more aware of every movement helps to slow down the mind. This is something that I now do every day and it’s incredible how such a small thing like that can really have a big affect on my life.

Another would be related to what I said above and from earlier this year, when I really started looking at all the drama in my life. I Iooked at how I was seeing it, feeling about it and how I’d created an identity from it. I’d always be telling my friends of the latest crazy thing in my life and thought that I needed it to be seen as interesting in their life. After becoming aware of this I changed the way I saw it and so when a situation came up that I did turn into a circus, I worked on how I saw it, removed the judgment and removed the resistance I was feeling towards it. This defused the situation and, funnily enough, many of these events sorted themselves out!

It felt great, as well as very exciting and empowering to know how much control over my life that I have. I used to and still have the ‘that’s just the way I am’ mindset about many things. These days I ask the “why not?” question to myself a lot and see that I have the choice to be anyone that I want to be. The inner, primary success certainly beats the material successes that I’ve had.

How This Has Lead to the Business Growing

This has all helped me to grow my business into an International success, with offices in London and the Philippines. There’s still a long way to go but a lot of it has been down to me working on improving myself and the way I think and feel. Without these changes I know that we wouldn’t be where we are now and it would have been a real struggle to grow the business.

I still see this external success as only the beginning because I know there is so much more I can achieve. However, I know I need to work just as hard on my character and awareness than I do on my business, if not harder!

We Have Control of Our Lives

My lesson has been that we all have ultimate power over the direction of our lives. We can be and do anything we want. It’s such an incredible liberty and is so tragic that so many people live their lives playing the victim, believing that they are a victim of their circumstances and have no control over their lives, or their ability to fulfill their dreams. It’s also a great reminder that it’s not about using techniques or gimmicks that you come across so much in self-help books, but about working on your character and what you stand for and not about the shiny persona that so many put on for the world.”

The base of the Gherkin building in London, courtesy of Ian Mutto @ Flickr

Learning From Rich – Success in Life Starts on the Inside!

One of the main lessons to take from Rich is how much he’s benefited from working on building his character. He’s worked on developing his confidence and his ability to motivate himself and others, in order to gain greater success on the outside.

It’s taken Rich time, money and effort to get to where he is now, but it’s a brilliant lesson because we’ve all grown up in a world that believes success in the world around us; financially, materially etc, is what brings success to us internally, i.e; happiness, fulfilment, peace and so on. How ironic then that those who realise it’s actually the other way around are those who we consistently see enjoying the best and most sustainable success and happiness.

Having a stronger character and developing a better mindset has enabled Rich to make better decisions with more certainty. He has been able to hire and keep hold of good staff because he’s able to engage and lead them better than before. He’s been able to deal with legal challenges and partnerships that have gone wrong with maturity and objectivity, learning to improve his business on the back of it. He’s expanded the business and is now leading new projects with a different outlook, being more prepared in himself to handle any bumps in the road ahead.

Who we are as a person, our character, much more than our personality, is what will primarily determine what we achieve ongoing. The minute things get tough or overwhelming, it’s our character and our strength of mind that we have to call upon to see us through. How many people do we see do really well when the going’s good, but quickly fold the moment it gets tough?

Just like the tallest skyscrapers have deeply dug foundations, or the largest trees in the forest have the deepest root systems; the stronger the foundation is within us, the greater our ability is to deal with life’s challenges. It’s an area so many of us struggle with and have gaps around as a result of living in a quick-fix, get-rich-quick society and is something I urge you to look at. I’ve found that struggles with things like; procrastination, disorganisation and low levels of discipline and drive (very common for many of us) all stem from gaps in ourselves.

Rich is looking at the gaps in himself and putting in the necessary work, over time, to fill them. It’s wonderful then to learn from someone who is starting to see the natural rewards of this work in his personal life AND in his business.

Do You Have Dreams to Build or Expand a Business?