Why Do People Kill Themselves? 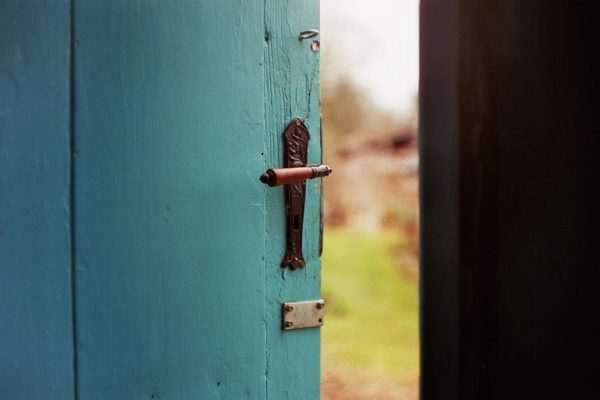 Dedicated father of two, husband and in love with life and people.

It was not always like this for me, there has been some tough times.. I went through my life being told that I had great potential but I was never able to see it or access it so I could never use it!! Through receiving some top class mentoring and coaching within the community at Lighthouse International I have turned my life around and opened myself up to greater opportunities than I could ever have imagined. I now feel ready to use my life experiences to help other people like me to do the same.

Why Do People Kill Themselves?

What do you do when you are in a desperate place and have no idea where to turn to? Below is an answer from Lighthouse Associate Partner Elect Sean on one of the most painful and most soul-searching questions we face of why people choose to take their own life. With the rates of suicide in young people increasing, it is more crucial than ever to speak more about these most critical challenges we face, and thank you Sean for your courage and work you have done to be in a position to share so openly.

I cannot answer this question for everyone. What I have been through and what I have learned on the back of my own personal experiences can only come from these personal experiences. Having had suicidal thoughts from a very young age; right into my 30s and having sat down ready to end my life with everything I needed, ready to kill myself, I can tell you it is the darkest place I have ever been in as a human being.

I come from a place in Ireland known as the suicide triangle, three border counties set amongst some of the most beautiful scenery, and is inhabited by some of the most beautiful people, often referred to as ‘God’s Pocket’. Yet, it records the greatest number of deaths related to suicide in the country. Unfortunately, I have attended far too many funerals related to suicide… mostly, people aged between 15 and 30, but not exclusively. They are always the hardest funerals to attend because you can clearly see the devastating effect it has on the family and friends of the bereaved and the community. The cries of anguish of a mother who is walking her dead child to a cold grave, knowing these are her last moments with her beloved, haunt me to this day. On a personal level, it always makes me think about how close I came to being in that box.

The same things are always said by the people there, “such a waste”, “he/she had so much potential”, “he/she had everything going for them, good job, a good relationship partner, a house, etc. I can’t understand why they did it?”. For me, I had grown up in a house living with a mentally abusive alcoholic. I had constantly been made to feel inferior, made to feel that my siblings and I were to blame for my parents’ lack of opportunities in life, that we were to blame for the failure they felt within themselves. I was bullied by my dad and as a result, I became a bully within myself. As a child, I learned how to deal with my problems the same way my parents dealt with their problems; as it is from their behaviour, that a child learns. A child learns to completely avoid problems for as long as possible, to minimise them, justify them and shift the blame onto someone or something else – instead of facing them head-on and getting the needed help where the problem was too big to overcome alone. That happened to me!

As a result, I was both bullied and became a bully myself. On the outside, there was this boisterous, outgoing, confident teenager but on the inside a frightened child who had never grown up. As a result, I built up a number of protective mechanisms to avoid the amount of pain I was feeling.

It started with the mental side and living my life around that old saying “sticks and stones may break my bones but words can never hurt me.” But, deep down they were hurting me emotionally, and because I was afraid of feeling vulnerable… I refused to let others in – let them see the pain I was feeling. I felt a lack of trust, afraid that I would be let down like I had been by my parents, by the teachers that couldn’t see what was happening, and by my close friends and relations.

Next came my emotions… the constant conditioning had helped me to hide my emotions well, helped me to block them out. However, this not only enabled me to block out the negative emotions like sadness and frustration but also the positive ones too – like joy and happiness. The result of numbing my mental and emotional side was that it also had a devastating effect on the spiritual and physical side of me. I started to drink heavily, get ‘black-out’ drunk, and I started to take unnecessary risks with my body while doing sports like surfing and rock climbing… or messing around with my friends. The level of care I had for myself had dropped significantly. I had turned on myself, on my human spirit and it felt like I was trapped – like there was no one who I could trust, or who would understand me! There was only one little part of me left holding on … and if I ended that … I could end the nightmare!

Which option takes more courage, to pull a trigger… or to make a choice to face the pain … to take a leap of faith and ask for help… to talk about it with someone that I feel cares for me?

Since then, and with the help of my mentor, I have been able to see my value as a human being, to love myself, to genuinely care for myself. I understand more why and how I got to these moments in my life, and to now understand them and learn from them in such a way that I hopefully will help others to do the same.

If You or Anyone You Know Has Been Affected By Suicide And Would Value Support, Please Contact One of Our Mentors Below…