Did you manage to catch the first part of Kris’ Breakthrough Experience yesterday? It was a really powerful piece talking about the divorce of his parents, the breakup of a 6 year relationship, living the ‘normal’ life that many people would have described as successful and a lot more…

Well, today’s your chance to find out what happened after he met his mentor Shaun and how over the last 4 years it’s catalysed him to make powerful change in other people’s lives as he became a mentor himself. One of the most powerful lessons for me is how he helps us all get perspective and appreciate what we go through in our lives a lot more…

The Love of Life’s Furnace

“My first real breakthrough came a few months after first meeting my mentor. I was in a group workshop and one of the guys there 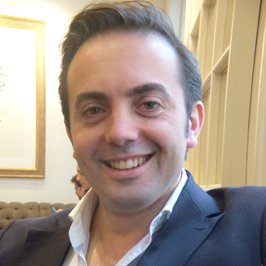 began to share, quite openly, about his relationship with his dad and how that had affected him growing up. It really resonated with me and for the first time in my life, I felt as though I was in the company of people I trusted and felt safe enough with to start to open up a little. I began to share about the relationship with my own dad, or should I say, lack of one…

Exploring How I Really Felt About My Father

For the first time I allowed myself to emotionally connect with how much I had resented him for leaving us, for the pain that had caused me and my family and for the man I had not become “because of him”. I admitted how I’d silently vowed to myself that I would never end up like him.

It was the first time I’d spoken to anyone at all about this and I broke down in tears. Something I had never ever allowed myself to do before. I had spent over 15 years holding everything in, ignoring it and believing it was a very big weakness to show any kind of vulnerability. Men don’t cry, they get on with it. I had become very good at holding up a mask to the world of someone who was “fine”.

To everyone I knew, I was happy and doing well in life. How little they knew that beneath the surface lay a very scared, hurt and vulnerable little boy who had never really learned to value himself, so it was a big relief to finally let some of that go.

Having People I Trust to Guide Me

The group session I was part of was just the beginning. It’s been quite a journey since then, over the last (nearly) 4 years and I can’t thank Shaun enough for all the guidance he’s given me as well as the straight and tough words when I’ve needed them! He works through and shares his own challenges too which is one of the reasons I trust him so much.

Has it been hard? Hell yes. Overcoming deeply held limited views about myself has sometimes been very painful and challenging and I’ve seriously considered giving up a couple of times. Was it worth it then? Absolutely! The hard times have been complimented by many many more enriching times of feeling free, joyful and fulfilled in ways I never knew were possible before. I definitely wouldn’t be who I am today without going through this process with the support of Shaun and everyone who’s played a part in the community throughout the years. I am humbly grateful for everything we have already created at Lighthouse International and continue to create.

What Have I Learnt Through All This?

1. Our Greatest Strength is Our Willingness to Be Vulnerable

My biggest lesson of all here has been to realise that a willingness to be vulnerable is actually our greatest strength as human beings. To be passionate actually means to suffer willingly for something or someone and so the most challenging and difficult times are actually among the best. Why? Well, because they deepen our resolve, they ground us with humility, build our courage and inner strength, increase our integrity and level of wisdom. They increase our ability to weather the storms in life and to appreciate the good times so much more. They forge in us a rich and more meaningful character through “the love of life’s furnace”.

It really is an incredible thing to take that journey of self-discovery, growth and development to new levels. It’s not for everyone, I know this well now, but for anyone who does choose to walk ‘The Road Less Travelled’, it’s absolutely worth every single step. Don’t hesitate, just trust that feeling you know is inside you and take the first step. You’ll never look back in regret, but you certainly will do one day if you turn your back and stay where you are.

2. Appreciate Where You’ve Been & Where You Are Now

Shaun’s consistent mentorship has helped me to build a growing, genuine and deepening sense of self confidence, belief and inner wealth. I’ve definitely still got my challenges, I still suffer and struggle with those same insecurities and fears from time to time, but at a very different level. That’s life I guess.

However, I am a thousand miles away from where I was when I started and I know it’s just a formality that I will achieve my goals and more in time. I have proven to myself that I have the resolve, I have faced inner demons and developed courage, humility and compassion through that. I have people around me who I can trust with my life, who make sure I don’t lose heart, who keep me focussed on what I want and with whom I bump heads often, which actually makes us closer! 🙂 People I will know for a lifetime – these are relationships that have a depth and level of trust I never used to think was possible.

I look forward to meeting and speaking with you on this road somewhere, to share more in our experiences and the lessons we have learned along the way, to connect as fellow travellers and to be friends. I encourage you to discover new paths and learn as much as possible about who you really are, enjoy it! As you do, remember to give back and help others too. I honestly believe there is nothing more amazing we can do in our life!

Thank you to everyone who’s played a part in me becoming who I am today. Here’s to the many more breakthroughs in other people’s lives I hope to inspire in the years to come! 🙂

You can email Kris here…