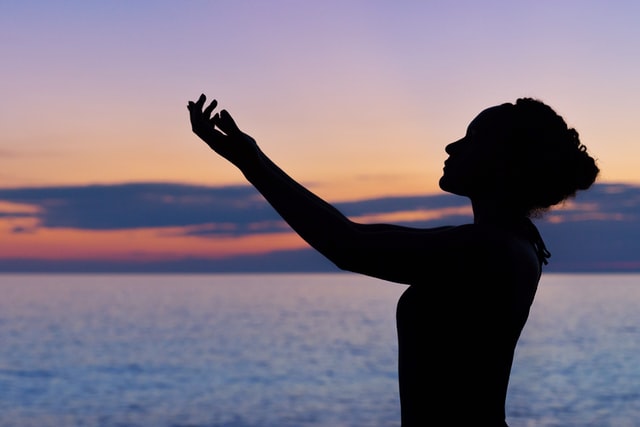 No one wants to feel like a victim, not really. If we could choose, who wouldn’t want to lead their life feeling strong, confident and with high emotional intelligence to be able to handle all sorts of difficult and stressful situations?

I for one always loved the idea of becoming this powerhouse of a woman, like a bad*ss you would not want to mess with. I certainly built that idea into my ego over time and liked projecting this idea out of myself. However the reality was that I felt nothing like a powerhouse, I spent so much time feeling fragile and vulnerable. Society and social media seemed to tell me it was “the patriarchy” but I struggled to form relationships with women way more than men, so I didn’t know what was going on, I felt like I wasn’t striking at the root of why I was feeling small and why my self-confidence felt so conditional, as in it was heavily reliant on who I was with, what we were talking about, how I was feeling about myself, how others reacted to me and what they thought of me.

I don’t really know when I started doing it, but I would guess in my teens. I started to realise, that the pain and suffering I had gone through, whatever it might have been – my parent’s break up, a relative dying, a pet dying, depression, stress, overwhelm, traumatic experiences, “triggers” – didn’t need to all be for nothing. I could use it to my advantage, or so I thought. When I told people about things I went through and they sympathised or felt sorry for me, I would feel better about what happened, or even good about it. If someone was nasty about it for whatever reason, then I could distance myself from them on the proviso that they were ‘not a kind person’. I mean, this seemed like an absolutely foolproof plan! I didn’t have to suffer my experiences, I could use them and evaluate other people’s character at the same time, brilliant!

But my foolproof plan was not quite so foolproof, because traumatic memories were still traumatising. In fact, I would have more flashbacks, more triggers, more unhappy memories, more depression, which I then used for even more sympathy. So I ended up feeling more sorry for myself and in more pain if there was no one around to give me sympathy.

It became like this addiction, when I needed a fix of attention to make myself feel better about things, I would go and talk to someone and feel sorry for myself. Or, more perniciously, I would try and get someone to admire me and my bravery at overcoming such adversity, or trying to, and hope that people would like me that way because they would see me as this ‘strong powerhouse’ I wanted to be. Or appeared to be.

As a result, I ended up desensitising myself to what had happened to me because I was so caught up in “owning” my story, which in my mind meant using it to my advantage narcissistically. Even my own sexual assault, I spoke about it like it was something I had transcended and spoke about it like I was going to be a spokesperson for the #MeToo movement. But it was a lie and I was deceiving myself. I was no stronger for it having happened at all. In fact, whilst I was using my trauma to gain social mileage I was standing in my own way to fully process what had happened to me. I had to learn how to afford myself the opportunity to actually sit in my pain and not try and manipulate it as a defence mechanism, not put on this show like I had transcended something I hadn’t even processed.

With the help of my mentor over a number of sessions talking in-depth about my experience, I was humbled to recognise that I was actually disrespecting myself by treating my own experiences like pawns in a chess game of my life, but also I was disrespecting anyone who has seen true hardship and risen out of it with great valour, genuine strength and fortitude; prisoners of war, survivors of the Holocaust in Nazi Germany, families who lost children in school shootings – who had really witnessed some of the biggest horrors and atrocities ever committed by human beings to other human beings. Where was my humility?

Where was my genuine appreciation for being alive, for being healthy and to be gracious with that? After weeping in empathy for what human beings had endured which far exceeded what I had gone through, I came to the very sobering realisation that if I didn’t stop wearing my suffering like a badge of honour using my victim status for my own gain, I was living an embarrassment of a life.

Letting Go of The Victim Mentality

I was stood at the drinks table at our Chairman’s house recently, chatting to a fellow associate from Lighthouse and before I even fully realised I was saying it, out it came: “Well you know, you say that it takes courage for me to share as openly as I do as part of this community, but this hasn’t always been a healthy thing for me. You know I used to do what is called ‘floodlighting’, which is when you overshare, you tell someone your story who has not earned the right to hear it and you gauge their reaction to determine whether you can trust them or not. I used to be much more manipulative”.

To some, even that would have been a bit of an overshare in and of itself, but the reason it wasn’t was the quality of the relationship I have with the person I was sharing it with. I really had come to realise how destructive my approach to my own sharing had been because you can’t have a healthy relationship with trauma if you’re milking it for sympathy. It was one of the most painful lessons I have learned, and am still learning to fully appreciate but the humility and groundedness I have been able to genuinely feel off the back of developing myself to let go of that old programming is immense.

If you or anyone you know would value support in relation to anything in this article contact us below to speak to a mentor, coach and counsellor…

Discover How Mentoring, Coaching & Counselling Can Help You In Your Life…

This website uses cookies to improve your experience while you navigate through the website. Out of these, the cookies that are categorized as necessary are stored on your browser as they are essential for the working of basic functionalities of the website. We also use third-party cookies that help us analyze and understand how you use this website. These cookies will be stored in your browser only with your consent. You also have the option to opt-out of these cookies. But opting out of some of these cookies may affect your browsing experience.
Necessary Always Enabled
Necessary cookies are absolutely essential for the website to function properly. These cookies ensure basic functionalities and security features of the website, anonymously.
Functional
Functional cookies help to perform certain functionalities like sharing the content of the website on social media platforms, collect feedbacks, and other third-party features.
Performance
Performance cookies are used to understand and analyze the key performance indexes of the website which helps in delivering a better user experience for the visitors.
Analytics
Analytical cookies are used to understand how visitors interact with the website. These cookies help provide information on metrics the number of visitors, bounce rate, traffic source, etc.
Advertisement
Advertisement cookies are used to provide visitors with relevant ads and marketing campaigns. These cookies track visitors across websites and collect information to provide customized ads.
Others
Other uncategorized cookies are those that are being analyzed and have not been classified into a category as yet.
SAVE & ACCEPT
error: Content is protected !!
For the truth on the online trolling & media coverage of Lighthouse & Paul Waugh
Click Here
For the truth on the online trolling & media coverage of Lighthouse & Paul Waugh
Read Here