Today I have a fantastic Breakthrough Experience to share from Kris Deichler who’s been part of the team for the last few years.

In the first of his two-part story, he shares a lot about his experiences right from his childhood to building his life as an adult. Through the divorce of his parents, the breakup of a 6 year relationship, living the ‘normal’ life that many people would have described as successful but still feeling lost, wanting more and finding a mentor –  there is bound to be something here we can all really relate to and learn powerful lessons from!

Make sure you check out part 2 tomorrow for the first real breakthroughs he made with the help of his mentor and how his journey can help us appreciate our own even more! 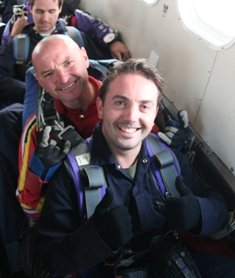 Kris skydiving with his instructor

The Troubles of a Teenager

“When I tell people these days they’re usually very surprised, sometimes even shocked, but I was always a very shy and quiet as I was growing up. I was less shy as a young kid. I had a close group of friends and a generally very happy time up until age 10…

When it came to starting secondary school, an hour’s bus ride away from home to one my mum had fought to get me into, things changed. My shyness deepened and a few difficult early experiences led me to becoming more of an outsider for most of my teenage school career. I remember how much I looked at the popular, confident and outgoing kids wishing I could be like them and wondering what it was I was missing. I struggled to fit in, which coincided with a time when my dad left home on the basis he was starting a business overseas. The high pressure and later failure of this business led to the subsequent and very bitter breakup of my parent’s marriage. Dad ended up bankrupt and estranged from his family while mum soldiered on to support me, my brother, my sister and a hefty mortgage on her very meagre secretarial salary. I still don’t know quite how she did it, but I know we are capable of so much more when we need to be.

It was a strained, emotional and very difficult time for us all and, while I wanted to be the strong, capable and independent male rock of the family, instead I retreated inwards in order to ‘cope’. I felt very alone and learned to suppress things rather than deal with them properly. With hindsight I’ve realised I blamed myself for much of what happened and for not being able to help change things for the better.

Struggling to relate to myself and what I felt, I struggled socially and kept my circle small and close, but still at arms length. I didn’t want to let people in, in case they would hurt me. In particular I felt very inadequate around girls, I didn’t value myself much so it wasn’t easy finding a girlfriend. I should be clear that I know many people go through far, far worse than this as children, so I don’t feel sorry for myself… not now so much anyway – haha – I’ve been lucky to work through much of this and can now look back and genuinely appreciate how much this time gave me a deep drive and desire to change myself and overcome my fears as I grew older, as well as to help others do the same. It’s enabled me to find the courage I’ve needed to overcome things I needed to. 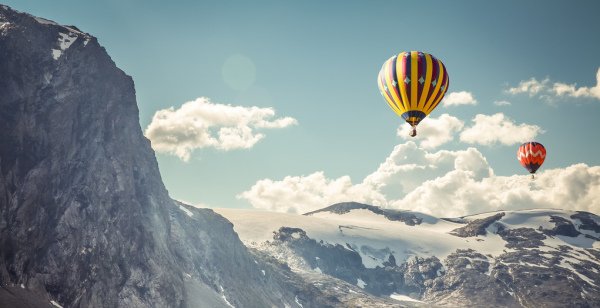 The End of a Long Term Relationship and a New Start

So skip ahead to my early thirties and by then I’d managed to put a decent life together, by general standards. Job, flat, girlfriend, etc. etc. It wasn’t until the break-up of a 6 year relationship that it all changed again though. Being on my own again left me in a place where many of my past insecurities, fears and inadequacies began to resurface. I realise now how they’d actually always been there, I’d just gotten good at papering over the cracks with the “good job”, the girlfriend and a mindset of “just get on with it”. Various holidays, buying furniture to fill our apartment and work had kept me busy so I wasn’t aware of the cracks at the time, I could just feel something wasn’t right. I became increasingly aware of a yearning to be different, better, to fill the holes I knew would only follow me wherever I went, whatever I did.

One of the biggest holes I was aware of was still my confidence around women. I’d always felt tongue tied with girls I really fancied (I know now a lot of guys relate to this, so I hope this helps them). I hated this about me then, I hated feeling weak like that so, being single again, I wanted to change it once and for all. I wanted to get to a point where I didn’t feel that fear any more. Achieving that in itself would be a major sign of progress for me so I sought out a dating / coaching company that promised to help eradicate any fears men had of approaching and speaking to women, through learning and practicing certain “proven” techniques.

They promised a life-transformation through their products and services and I wanted to heal that area of my life so bad, I was willing to pay and do anything. Which I did. After an intensive and expensive week’s course with them though, nothing had changed, I still felt the same and I had developed a real distaste for this “Pick-Up” world I’d stumbled into. It felt fake, shallow and disingenuous and that wasn’t me, or I didn’t want it to be.

Finding a Mentor and Role-Model

I did however meet Luke, one of their trainers who was different to the rest. He inspired me and represented the kind of man I yearned to be; he was calm, grounded and I felt an inner strength from him I knew I had in myself, if I could only learn to access it! Luke had a deeper view on life and spoke about personal development and leadership in line with becoming an entrepreneur, about changing yourself from the inside-out! Now that sounded exciting and I realised I was actually way more interested in fulfilling my potential than just finding a girlfriend. It was through Luke that I found E-Club (the entrepreneurial non-profit under the Lighthouse Group) and had a meeting with my now mentor, Shaun Cooper (Coops).

My first meeting with Coops was a revelation! It was like breathing in a deep fat breath of fresh air after being stuck in a murky, dank and stuffy hole all my life.

He asked me about what I wanted to do, who I wanted to be, who inspired me and what I wanted to create for my life. He exuded a sense of anything is possible. Most of all though, I felt how much he genuinely seemed to live by what he spoke about and also that he actually cared about me and what I wanted (as did the other guys involved who I subsequently met over the following months). I loved it. I was hooked. Count me in, where do I sign up?!”

Finding a mentor was really the starting point of getting my life on track in the way I wanted to. I began making some big breakthroughs in overcoming my challenges at home with my family and building my life beyond the regular ‘norms’ of having a flat, a good job and a girlfriend. Tomorrow I’ll expand upon my life after that and on how the lessons I’ve learned have helped me to grow as a person and appreciate my journey a hell of a lot more!

Thank you for reading.
Kris