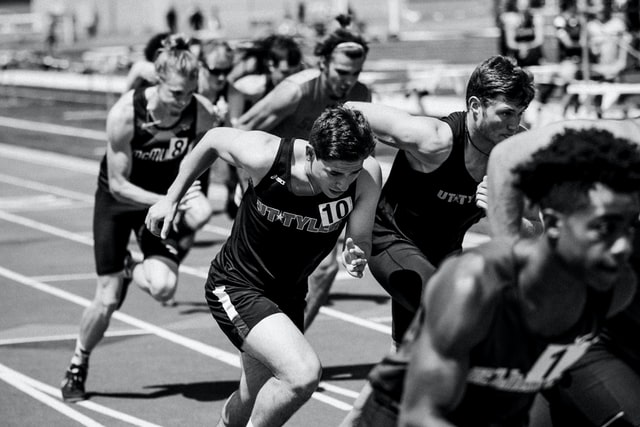 Pursuing Success Comes With Criticism From The Ignorant

I’ve learnt that the road to being successful is a long arduous journey with barrier after barrier and failure after failure – together with plenty of criticism from those who don’t see the results they expect and will twist their false perspective as evidence of total failure against you.

At Lighthouse International we have had online trolls that have made a false allegation as to the length of time it has taken us to launch our business globally and that we are somehow misleading people. I want to address this false allegation of which there is no evidence and explain why we have needed to take this length of time, what it actually takes to achieve success in this world and what true success is.

What Is Success To Someone With High Emotional Intelligence

To someone with high emotional intelligence, success certainly isn’t what it is often portrayed in the media! – a relatively instant success from a young twenty-something setting up an app and within a couple of years having a £1bn company! Think Snap-Chat or social media platforms like Pinterest and Instagram.

I’ve learnt that it’s one thing to build a profitable company – but true success is a completely different ball game. It means optimisation and maximisation in all areas of my life. So what do I mean when I say different areas of my life? Well as human beings we are our physical bodies, but we have mental, emotional and spiritual dimensions.

In our modern society, success is normally measured by how much money we have made and not by these other dimensions. But this is so limited – because what use is it to have millions of pounds in the bank when we have to take illegal drugs to survive emotionally and to even get out of bed in the morning!

Have you ever wondered why so many heirs and heiresses from rich families have struggled with building good relationships with their families and other friends in their life? Have you ever thought about why rock stars and musicians with the world at their feet have committed suicide or died from drug overdoses – think Kurt Cobain and Amy Winehouse? However, those that don’t understand themselves as holistic human beings won’t understand this. They will just look for one-dimensional success like money.

Why Has Lighthouse International Taken So Long To Launch Globally

So at Lighthouse International, I have wanted to optimise and maximise my success in every area of my life and that has definitely been hard and taken patience. Especially as I have been conditioned to believe that money is success. This belief was deeply ingrained by my parents and their friends when I was growing up as a child. Success was always defined by how much material and money was owned by someone.

I have learnt that because of this conditioning from my past, that optimising and maximising my success is, however, a herculean task because it takes the right mentoring, coaching and counselling to overcome this conditioning!

I came to learn that many of my relationships including those with my parents were actually toxic. Because I had come from a background in accounting and property where I was financially “doing well for myself”, I was continually questioned by my parents and so-called friends on how much money I was making. Many of these people thought I was mad and just wanted to continue trying to make quick money. They weren’t interested in learning the principles of building optimal success. I came to recognise more than I ever realised how damaged I was from my past. This was a lot more than simply changing some bad habits such as an addiction to Netflix and pleasure eating and drinking sweet and fatty foods and soda.

It is important to recognise that the damage from parents and friends and my wider circle of acquaintances are not just these people directly. It is the long chain of damage caused over many generations i.e that our parents and friends would not have had the upbringing from their parents that they needed and so on, back through each prior generation. The acclaimed personal development writer Dr Stephen Covey called this “The intergenerational nightmare” in his book The 7 habits of Highly Effective People that has sold over 40 million copies.

Dr Covey also said that, as an antidote to this nightmare, everyone has the ability to change the damage we have suffered from our upbringing by becoming a “transitional person” and not living the “scripts” that our parents gave us. Instead, we can choose to write our own scripts:

“Instead of transferring those scripts to the next generation, we can change them. And we can do it in a way that will build relationships in the process. If your parents abused you as a child, that does not mean that you have to abuse your own children. Yet there’s plenty of evidence to indicate that you will tend to live out that script. But because you’re proactive, you can rewrite the script. You can choose not only to not abuse your children but to affirm them instead, to help script them in positive ways.”

As a result of the intergenerational nightmare, I came to learn that my damage was deep-rooted and was developed over my lifetime and that I had to change my scripting. It affected how I saw people and my fears of rejection and failure that prevented me from achieving anywhere near my potential. I could see how ill-equipped I was in relation to the character and competency I needed to achieve my dreams. It took years to build this character and competency and I am continually doing so. If I had been involved in a global launch I would not have been ready to lead people. Think about young sportspeople who aren’t ready for the challenges they need to face and end up being emotionally damaged as a result – it was the same situation here.

Having to overcome and change all of this has taken years and is a continual process! This is hard enough, let alone then needing to learn and develop the leadership skills to build a global company capable of helping millions of other adults do the same to achieve their goals. This aim is so big that no other organisation as far as we are aware have even attempted to do what we are doing.

Why Won’t We Compromise And What Are The Consequences

So this is why my journey and our collective journey and Lighthouse International has taken so long. Because we haven’t been willing to compromise on our mental, emotional and spiritual development in order to just make quick money which other organisations might have done.

However, because of this, trolls who don’t understand the patience we have needed to develop ourselves are constantly sniping and pouring unfounded allegations at our organisation accusing us of taking too long to achieve our goals and misleading people.

Why We Have Never Been Taken To Court

However, there is no evidence of this which is why we have never been taken to court. In fact, every single person that has written unfounded allegations about Lighthouse has had an opportunity to come and meet with our Chairman Paul Waugh at his family home to discuss anything that they feel is untoward. At present this has never been accepted.

Ultimately if someone believed in what they were saying and had evidence of our wrongdoing would they hide behind false names and remain anonymous online, sniping from the shadows? No, they would take us to court and go through legal channels if they themselves were truthful and had the evidence they say they do.

Why Won’t Lighthouse Be Win/Lose?

Ultimately we are not hiding and never will. However, we will not enter into a lose-win relationship or win-lose relationship with anyone because these situations always end up as lose/lose for all parties. At Lighthouse everyone is committed to achieving their goals and helping everybody else achieve theirs interdependently. This is why I remain committed here and because of the good that we will do to millions of children globally.

The reality is – that the only reason why allegations of Lighthouse having taken so long to launch is because of two main situations. People that have got involved have realised how hard it is and how much effort it takes to transition and overcome their personal weaknesses – or they are manipulated by their family who want to control them and who don’t like to see their children/sibling/spouse change because therefore they can’t control them. Both of these are illegitimate reasons for Lighthouse to pay the price for situations that were caused and are the responsibility of the other party involved.

What Are Your Next Steps If You Would Like To Achieve Your Potential?

If you feel that this dedication to optimisation and maximisation inspires you I would be delighted to speak to you and see if there is any way that I can help you. Contact me on Linkedin here…

Discover How Mentoring, Coaching & Counselling Can Help You In Your Life…