Rediscovering My Passion by Izzy

Let me ask you this…What was your passion as a child? What did you always want to be when you grew up? Today we have a very personal story from Izzy, a Lighthouse community member, who talks about losing touch with her childhood passion through feeling pressured to conform to the ‘norms of society’. She goes on to explain how she’s begun to rekindle her passion again through meeting good people who’ve helped her find some of the answers she’s been searching for. It’s a very touching story and we thank you Izzy for sharing it with us…

Struggling not only to choose, but to embark on a direction in our lives that really fulfills us is something many of us can relate to, so be sure to check out the questions below that can help us all get in touch with the passion and creativity that we have inside of us.

As a kid, I read and wrote incessantly. I always had a book in my hands, and whenever anyone asked me what I wanted to do when I grew up, it would be something that meant I could read as much as I wanted.

Writing was a boundless experience of testing the tastes, textures and pulses of different words and ways of putting them together – I would spend hours trying to emulate the feeling of someone else’s writing, for the sheer thrill of it. The only thing I ever wanted to do – and it was a feeling I’d never been aware of not having – was to write.

When I was 11, I went to a school where it hit home how much people might not like you. I wasn’t bullied or ostracised exactly – there was just this constant sense of judgement in the air. A vicious male hegemony, probably struggling with its own teenage insecurities, attacking whatever it didn’t like. People who spoke in class attracted the sniggers and snide comments that convinces a child on the edge of puberty that the adult world is going to be quite a scary place.

Complicit in growing up was a feeling that maturity had to mean toning yourself down, not embracing yourself, and I slowly got the feeling – a lot of us did – that it would be better to shut up and not attract attention, in case that attention wasn’t kind.
​
During the two years I spent at that school and the year after that I spent trying to fit in somewhere else, I stopped reading, let alone writing. The energy I had voraciously and un-selfconsciously invested in stories, poems and characters from other worlds, was perverted into an average teenage anxiety about who I was, where I would fit in, and whether there was something inherently, irrevocably wrong with me that meant I would never have the friendships or relationships I saw others enjoying. Writing became something so alien that it was easier to ignore it than to face the terror of a blank page. Blank pages swim with the wonder of everything that’s been written before, by people older, wiser and infinitely more interesting than you; and there’s a kind of hubris in even trying to overcome that, so I didn’t bother.

I’m 20 now and over the last few years, several things have happened. I realised just how curious I was about how I and so many people around me had got into this tangled mess of not knowing who we were or where we were going. I started meeting people, Chris not the least among them, who seemed to have worked out some answers. Prompted by them I started to try to define the root causes. I’ve had some really wonderful friendships with others, which have reminded me that despite shutting myself down for most of my adolescence, my thoughts and feelings are valid – everyone deserves to have theirs heard and appreciated, and I’ve learnt so much from listening to other people’s too. I’m still in the process of realising just how uneasy I am with my own company – I was constantly after some kind of distraction, whether it was music, something to do, or another person, to avoid confronting how far I was from feeling at peace.

More honesty and confidence have meant more human connection, and I’m better able than ever before to be there for other people, although that’s something I hope I’m learning for a long time to come!

Lastly, the ache of missing writing got more intense than the fear of getting it all wrong, and though it was a forceful, mental process at first (and still is!) I’m embracing the prospect of failure. In a way, reading is a way of tapping into the same things that my relationship with Chris and the discovery process he’s guiding me through encourages: it’s a way of observing, analysing, and imagining, not only how things are now but how they might be better, which is where imagination comes in. It’s definitely helping me cotton on to things I already felt but didn’t know how to define, and I’m slowly but surely feeling like myself again. Sense and sensuality are returning, along with a lot of love for life and everyone in it – all in all, I am really excited about everything in store, and so grateful for the people I’ve met. 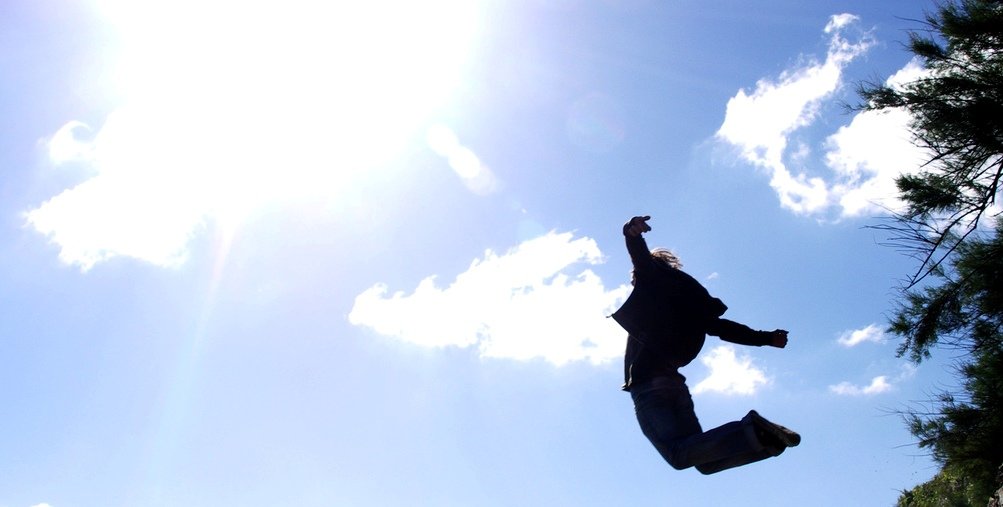 Learning From Izzy – We’ve All Been Passionate Once…

How many people have you interacted with who you can say are genuinely passionate? Who is alive with a sense of creative possibility for life, or even just one aspect of it?

Wherever they are now, everyone that you have seen or met today used to be passionate at one point in their lives, even it was only when they were 4-years-old when every day was a phenomenal adventure!

So no matter how you feel today or how anyone else does, we should never lose touch with this. We speak about the ‘exuberance of youth’ as if it’s something that gets taken away from us at a certain date, but the reality is that it needs constant nurture, encouragement and care. It needs to be treasured and encouraged, otherwise it gets lost in the haze of other people’s expectations and judgements.

When I first met Izzy she struck me as one of the most enthusiastic as well as nervous people I’d ever met all rolled into one! It is really lovely to see her reacquainting herself with that part of her that was suppressed for fear of it not being acceptable to someone else, and through all of that she became unacceptable to herself! I certainly know that one well…

1. What kind of life are you leading?
(Are you driven by meaning and purpose or does it feel like you’re stuck in a bit of a rut?)

2. How do you feel every day?
(Happy? Down? Like you’re going through the motions?)

3. How would you like to feel?
(Passionate? Excited? Joyful?)

4. What have you lost touch with?
(That excitement and adventure for life? That passion you used to have at school or university?)

No story you sell yourself about why you are where you are will ever be able to cover up your soul’s yearning to be everything you have the potential to be….

What passion are you yearning to rediscover in your own life?