How I Found My Dream Job Part 2 – James Mills

We shared the first part of James Mills’ experience of moving to London to find a dream job by setting himself the challenge to speak to 80 people in 2 weeks – (the so-called ’80-1 Shot Challenge’).

After a frustrating year of looking for work more in line with his skills, qualifications and interests, he decided to move to London with a list of people and organisations he wanted to speak to and his life savings that would last about two months! (Learn more about this in Part 1 of the story here). Well, today the story continues below…

Getting Out There to Speak to People…

From pretty much day one after arriving in London I went out there and networked intensely. I knocked on office doors without arranged appointments asking what it was like to work there. I went to any networking event I could get into, looked for volunteering opportunities and sat down for coffee with anyone willing to speak to me! Some people (mostly receptionists) were quite confused by my approach and quite annoyed that I wanted to learn more about what working there was really like before handing over my CV! I quickly learned that my goal of speaking to 80 people in different organisations about their jobs was completely unrealistic, but that was secondary to the sense of adventure and the feeling that I was making genuine progress in my search for my dream job.

It was an incredible time… I started to introduce people to each other as well as contribute positively to projects and initiatives that interested me. Getting a job was a full-time endeavour, but one spent out there engaging with people rather than stuck behind a computer screen all day emailing CVs and filling out online application forms. Highlights were managing to talk myself through security of an office building on the premise of ‘just wanting to speak to someone’ and standing up at an education-themed event attended by hundreds announcing that I was an unemployed graduate who felt let-down by our education system.

Waking Up Driven With Purpose…

Each day I woke up with an amazing feeling of just knowing it would work out, even though I didn’t know how! Reflecting back I remember one thing I did do during that time; following the leadership program I attended in the summer before moving to London. There were three of us who made the commitment to listen to the Beatles track ‘All you need is Love’ each morning as a reminder that the three of us were waking up each day pursuing the goals we had started to define whilst on the program. It was my friend’s suggestion and it seemed a bit weird at the time (especially as I wasn’t really a Beatles fan and ‘love’ wasn’t a word I felt comfortable using), but I was pretty game for anything that could’ve helped!! Reflecting back I am more aware of the power having a positive morning routine can have as well as the accountability of knowing that there are other people in your life who are looking to do positive things in their own life too.

From this time I noticed how obsessed we are with what people do (it’s pretty much the second question we ask someone new we meet), as well as how much we can identify with job titles and professions. I also noticed that answering this question with “I’m unemployed” was a conversation killer because people often didn’t know what to say. So I got creative and started to invent different ways of presenting myself – ‘Business Opportunity Investigator’ was probably my favourite that I used at a networking event! That said I found that far and away the most open and useful conversations were with people who had been introduced to me through others.

As time passed one thing became apparent; there were people who genuinely seemed to enjoy their work and those who were indifferent at best about their jobs. I decided I wanted to be in the former of the two groups and through my various conversations became clearer about what I wanted to do too. I was passionate about education and I was passionate about business – could there be a way to combine the two?!? I found there was and with increased personal clarity, opportunities seemed to open up!

In my first week I attended a networking event and spoke to someone who worked for a charity working with young people. Given my passion for education and as part of my challenge to speak to 80 people I arranged to meet them. We had a good chat about working in the charity sector (something I hadn’t considered) and she put me down for some volunteering opportunities helping young people to learn more about the world of work. About a month later I was on the way to the Job Centre when I received a call saying a job had come up that they thought I would be well-suited for it. I applied and following interviews with the Chief Executive and then my potential line manager, I was offered the job in the interview itself! In a short space of time I had earned a basic level of trust with a couple of members of their team and so that helped them to feel comfortable in offering me something even before ads had been posted or recruitment consultants contacted.

I Got Almost Exactly What I Wanted!

So after 5 weeks of giving this self-created challenge my all, I had found a job, but not just any job, it was a job that was in line with my passions and values at the time. Reflecting on the end of this journey I noticed a couple of remarkable things; firstly the interview was actually the 80th interaction I had since moving to London and secondly the job was pretty much an exact reflection of the job I had designed in an exercise earlier in the year when I was struggling to work out what I wanted to do. Incredibly the salary was pretty much identical – with a difference of only £20/month! It really is amazing what is possible when you have a clearly defined vision you are inspired to achieve….. 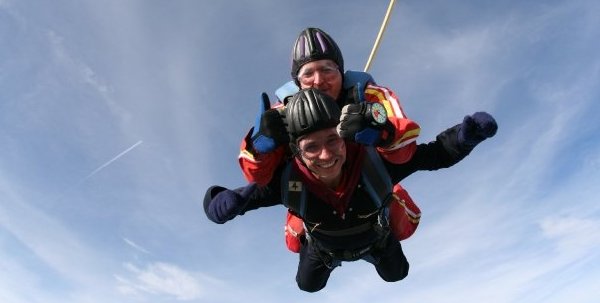 What Did I Learn From the Whole Experience?

This story is one I have told many times, but one thing I really appreciate through being mentored and now mentoring others is that I can see more clearly why this story had the ending it did. I can see how I applied numerous success principles without the awareness that I was doing just that! At the time I really failed to see the value the year spent in my hometown had had. Yes, it had been frustrating, demoralising and confidence-knocking, but it had also been where I had taken time to reflect on what I wanted to do. A couple of things that stand out to me from this experience are….

1. You Differentiate Yourself When You Genuinely Look to Help Others

The biggest thing I found was that I felt keen to add value and help others through my job-hunting adventure. I joined forces with fellow job-hunters, introduced people to each other and showed interest in people through asking about them and their careers. Sharing my story and my approach was also intriguing to the various people I met during that time – not taking myself too seriously with my creative job titles also helped me to build relationships with people. Whilst many people may have been looking to see what they could get, I was also looking to see what I could give.

2. In Front of Any Opportunity is a Person & a Relationship

What makes the decision to hire someone? What decides to promote or give a pay rise? What determines whether a business will be given investment? The ultimate answer to all of these questions is a person! When looking for work (or other opportunities) many people today hide behind a computer screen rather than getting out there and just speaking to the right people. Ultimately it was my willingness to get out there and engage people that created meaningful opportunities. I discovered first-hand one of the reasons why 80% of jobs aren’t advertised; word of mouth and going through those they know will always be an employer’s preference. This means the greater our ability to build relationships, the greater our ability is to create opportunities for ourselves.

Looking back on this experience back in 2005, I’ve come to see that the job I secured wasn’t actually my dream job for life. Through this realisation, I have started to build my dream life whilst helping others do the same through my involvement at Lighthouse International. In hindsight, I can see the difference it would’ve made to have built and maintained the right relationships whilst at university before graduating. If I knew and had won the trust of the right people (i.e. those in a position to make hiring decisions) before having a desperate and immediate need for employment, I could’ve found a job in a day rather than a job in a year…

If You Could Do Any Job You Wanted. What Would it Be?