Have you ever found you seem to encounter the same challenges time and time again and wondered why this is the case? In today’s Breakthrough Experience, James Mills, someone who’s been part of our community for over 5 years reflects on his first breakthrough with his mentor Chris Nash. He shares how it enabled him to see what was at the root of his scarcity and lack of self-worth as we worked towards achieving his dream of transforming the education system.

As you read, please consider:

1. Where scarcity may be holding you back from making the progress you want to make in your life?

2. What would it mean to you to have someone guiding you who could help you to see the things you may not be able to see?

“Life is either a daring adventure or nothing.” This was a Helen Keller quote that kept me going as a student selling books door-to-door in Davenport, Iowa. Since my teen years I had felt I wanted to make the most of my life; to

develop the confidence I envied in others, experience everything life had to offer and achieve great things. So I went through my twenties doing just that; living and working overseas before coming to London to establish myself in my career. Towards the end of my twenties life was going well – I was ticking lots of boxes; forming a successful career in the charity sector, pursuing a variety of interests, spending time with friends and even getting myself on the property ladder against all the odds. There were just a couple of things; I wasn’t in a relationship and I wasn’t really that happy.

Quite simply life had become mundane and I felt like I needed to change things as I continued to remind myself of that Helen Keller quote. I started to really question things and tried various things – pursuing new interests, investing in some coaching and then subsequently training to be a coach. It was around this time that I met Chris – a friend of a friend who seemed to talk a lot of sense.

Every so often Chris used to call me to conduct various surveys and one day I let slip that I wanted to start a business; something I would be reluctant to share with anyone. After attending an event and (skeptically) completing an assessment, I started on a Pre-Startup Program which I eventually embarked on thanks to Chris’s persistence and his seeing through my continual excuses that I ‘couldn’t afford it now’. Through that program I spent time with some amazing people; those who were also ambitious in wanting to start businesses, but also humble (and wise) enough to know that they needed good people around them to do that.

I gained a lot of value from this program and so came to discussing the opportunity to learn about the opportunity to build my Strategic Network. Naturally there would be an investment involved and almost immediately the “I can’t afford that” excuse came up. I was also very busy and so I decided to politely decline Chris’s offer.

After justifying my reasons I will never forget Chris’s reply, “James, I may be speaking out of turn here – but you will regret that decision.” My reaction was, “That’s a bit of a fast ball!” But Chris’s statement had made an impact and I was in touch enough to know there was some truth in it, otherwise I could have just brushed the comment aside. So we agreed to speak again. In between our next conversation I resented Chris for what he had said – how dare he speak to me like that? No one speaks to me like that!!

But in hindsight what we were talking about here were my dreams; from working with Chris and the team I knew they had good intentions and seemed to know better than most about the subject of entrepreneurship. So I continued my journey with the team and continued to build some great relationships with more positive, like-minded and like-hearted people. After some time I started to work more closely with Chris one-to-one on a weekly basis which again I resisted paying for. My default to spending money was saying I was not able to afford it and this was taking away from my beer budget! But after that first session I felt valued and respected for having someone genuinely listen to me about how I saw myself, my life and my dream to make a positive difference in education. 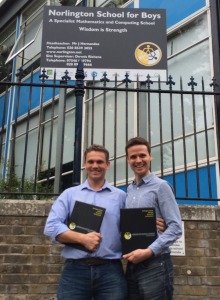 James & Chris after giving a talk at Norlington School for Boys, London, 21st May 2014

We continued our work together and made some good little breakthroughs, I appreciated having someone on my side helping me with the day-to-day challenges in my life and career. The first big breakthrough came when we were sat together after a group session on a Saturday afternoon. During our session Chris said to me, “There’s something I want to discuss with you; do you remember that time we went out for beers in St Pauls?” I hesitantly replied that I did. “Do you remember I bought all 3 rounds and you didn’t offer once?” Almost as soon as he finished asking the question I burst into tears. Once I had composed myself he went on to explain how this was behaviour rooted in a scarce ‘me and mine’ way of seeing things. It was also something that was affecting me in all areas; work, women, friends, family and my overall experience of life. Almost immediately I joined up the dots. I felt grateful to have someone in my life with the courage to challenge me about something that was stopping me from being the person I wanted to be and achieve the things I wanted to achieve. Did I want to carry on being scarce and walk around with a sense of entitlement – seeing what I could get away with? What impact would that have on any business endeavours, not to mention my relationships?

There have been many lessons since, but I have to say this was my first true breakthrough experience with Chris and Lighthouse. I could see that the resistance to investing in myself was coming from a lack of value placed on myself and my ability to achieve my dreams. The more I’ve invested in myself and my dreams, the more I value myself and the more I feel my dreams are possible. – James Mills

1. We Value What We Invest in – A lack of self-confidence has been something that has dogged me for pretty much the whole of 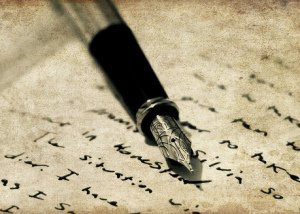 my life. What I have come to learn is that the main reason I resisted investing in myself was the lack of value I felt in myself and the lack of belief that I could apply what I was learning. Investing in mentorship, going through an intensive process of self-assessment, looking at and addressing my gaps has increased my feeling of self-worth. This process has increased my ability to build relationships in all areas of my life, which has involved challenging conversations with others.

2. A Good Mentor Who Can Confront You for the Right Reasons Can Be Incredibly Valuable. – The biggest thing from Chris making me aware of my scarce way of seeing things was helping me to feel the impact this was making in other areas of my life. It is easy to get lost in stories and situations, but getting to the root of a challenge and really assessing it can be so powerful in helping someone make a breakthrough. This may involve confrontation, but without this challenge and taking responsibility we may find the same problems seem to reoccur in different areas of our life. Until working with Chris I lacked people around me who had the wisdom and courage to both challenge and support me to examine myself, my actions and the consequences of these.

If you find there are challenges that persistently occur and you are not sure why, you can learn more about how Mentorship Coaching can support you to identify and overcome those gaps by registering to speak to a mentor on this page, or getting in touch with your Lighthouse Introducer.

*The Pre-Startup Program is designed to help you learn the fundamentals of building a successful business before you take the plunge and fire the boss. It’s a 6-week program aimed to help you build a foundational awareness of what causes a business to succeed. Learn more about all our programs here…